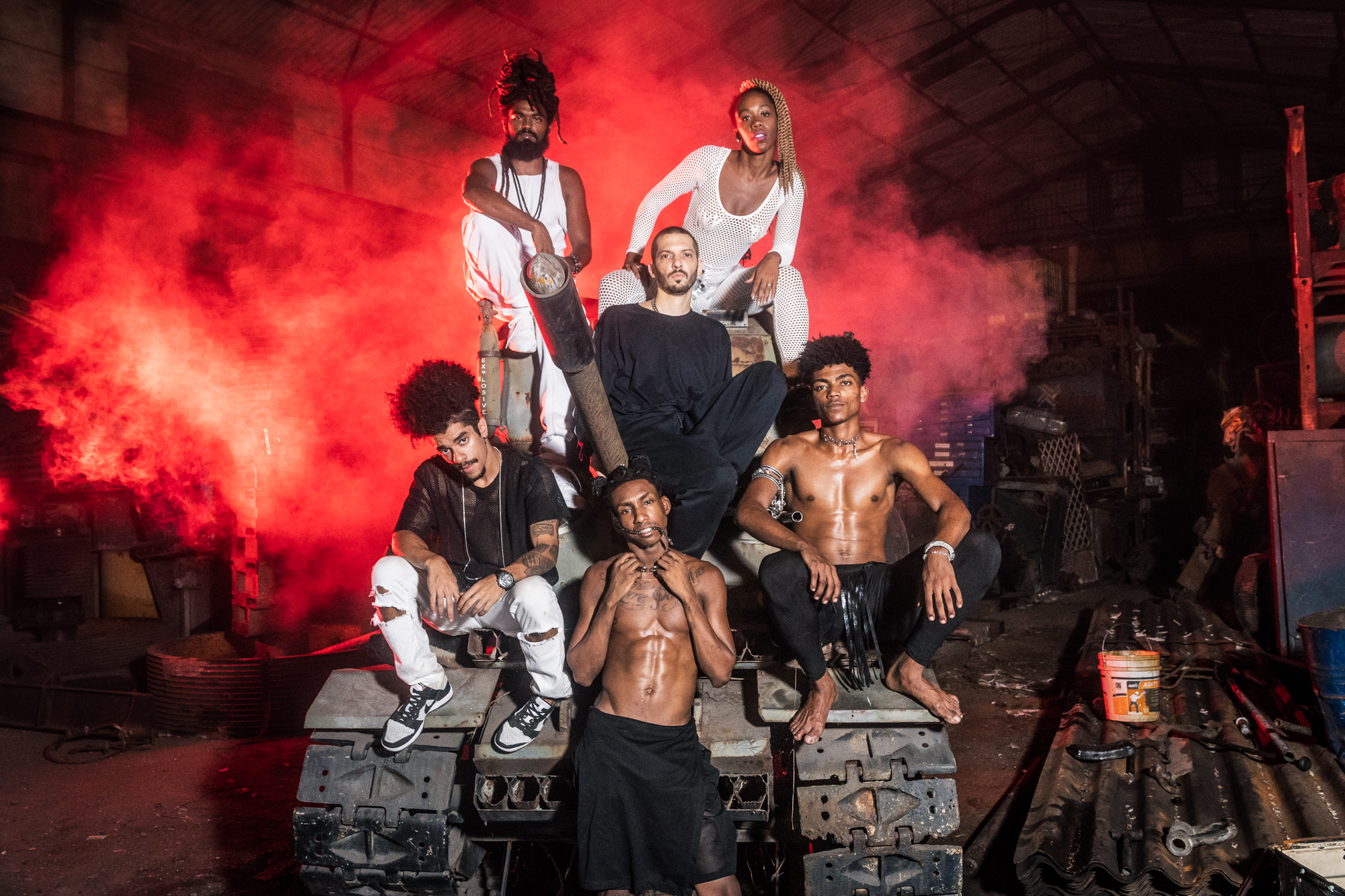 
Heavy Baile is a multimedia Funk Carioca collective that brings together music production, choreography and audiovisuals. Its DNA is constituted by a fusion of diversities: black and white, LGBT and straight, favela and the club. The group has released several singles and a 10-track album, and it's common they feature other popular Brazilian names such as Baiana System, MC Carol, Tati Quebra Barraco, Lia Clark, MC Rebecca and Luísa Sonza.
the film
Ciranda is a production by Leo Justi that was born in a place very similar to the success “Larga o Aço”. The music uses the musical language for which Heavy Baile became known, funk with elements of international electronic music. In addition, it contains a clip all choreographed and performed by Neguebites, holder of Heavy Baile and cover of the album “Carne de Pescoço”. The song has an iconic dance moment in the script of the Heavy Baile show, and promises to move very well between the headphones and dance floors. The videoclip was nominated to several film festivals such as UKMVA, MVF Brazil and others.
credits